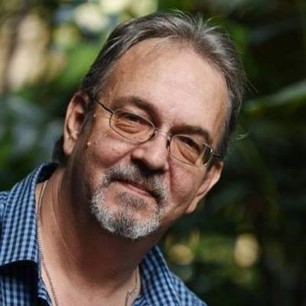 Hofmann, the founder of HOF-1 Films, is a producer, director, and veteran of the United States Air Force.  He brings to TransMedia Group many years of experience in the film production industry.

Before working with TransMedia Group and HOF-1 Films, Hofmann excelled in the automotive industry as an account executive with MOMO USA, before moving into corporate racing, where he worked with famous celebrities, including race car drivers and movie stars. Hofmann later was in charge of operations for Speedline America and went to IndyCar and IMSA Races with such clients as Chip Ganassi, Bobby Rahal, Mario, and Michael Andretti, among others.

Hofmann will be tapping his relationships with former clients, top producers, and investors as he develops major films, documentaries, docu-series’, drama series’, comedy series’, sitcoms and more. Hofmann will work closely with TransMedia Group President Adrienne Mazzone on creating production opportunities for the firm’s many authors, screenwriters, and interesting stories.

These include works by America’s enterprising Watchdog for Justice, Larry Klayman, along with Terence Gordon’s ‘What’s In A Name!’ documentary on Alfredo Versace, Edgar Scott’s recently released Sci-Fi thriller, ‘418: I Am A Teapot’, and a comedy series based on the best-selling book “King of the Condo,” written by the Founder and CEO of TransMedia Group, Tom Madden, which Madden, the “Spin Man,” calls a hilarious whodunit with an ocean view. There are also other projects in the works not listed in this release.

“I’m humbled to be a part of all the amazing projects that are ever coming through TransMedia’s door as the PR firm continues to spread its creative wings,” Hofmann said. “TransMedia Group has the most diverse and interesting clients with stories perfect for converting to film and I’m proud to assist in providing these opportunities.”

“I’ve had such a pleasure working with Bill and now I’m proud to have him as an integral part of our TransMedia family,” Mazzone said. “We always provide the best publicity for our clients, but now to have a film and TV production capability makes us even stronger,” Mazzone added.

TransMedia Group is one of the country’s leading, multi-lingual public relations firms. From the TransMedia Building in downtown Boca Raton, the award-winning firm serves clients worldwide, from Israel to New York, Norway to South Africa, Miami to Mexico. Besides English, TransMedia’s publicists speak many languages, including Spanish, Portuguese, French, Russian, Italian, and Hebrew. TransMedia has offices in the US and Italy. Since 1981, TransMedia’s international PR and social media marketing campaigns have made products and services, companies and entrepreneurs widely known and respected as well as rich and famous.

ABOUT PROJECTS MENTIONED IN RELEASE

Larry Klayman is an American attorney, conservative, activist, and former U.S. Justice Department prosecutor, who founded both Judicial Watch and Freedom Watch. In addition to his numerous lawsuits against the Clinton administration, which led him to be called a "Clinton nemesis," Klayman now runs Freedom Watch, Inc. and has instituted citizens group juries to mete out justice for corrupt government officials and judges. Visit www.freedomwatchusa.org for more information.

Director Terence Gordon of ‘What’s In A Name! A Versace Story’ details the story of Alfredo Versace, who was raised from humble beginnings and builds a life of fortune by helping to globalize the Versace brand, only to have it all taken away; stripped of his name, fortune, and friends. "What's in a Name: The Alfredo Versace Story" depicts how after Gianni Versace was murdered in Miami, Gianni's sister Donatella Versace took over the company and won a lawsuit against Alfredo barring him from using his last name commercially.

Edgar Scott is an economist turned computer scientist. For over 20 years, Edgar served as a Senior Database Administrator and Development Operations Team Manager in financial, crypto currency, and medical industries, as well as with startups. His experience has taught him that people’s limited beliefs often keep them prisoners in a life they don’t want to live. This theme resonates in his dystopian novel,418: I Am a Teapot. Born in Houston, he grew up in Canada, and Scott now resides in South Florida with his wife where he explores the real cost of technology on humanity in the future.

King of the Condo, written by the Spin Man, Tom Madden, is the hilarious spoof of residents trying to get a life in a Florida condo. When one of them tries to assassinate the condo president, the comedy turns into an entertaining who-dunit with fun and suspects galore in this riotous romp sure to remind condo dwellers of the commando commandoes in their own ocean towers, today becoming fatal attractions like the tragic condo collapse in Surfside, FL.