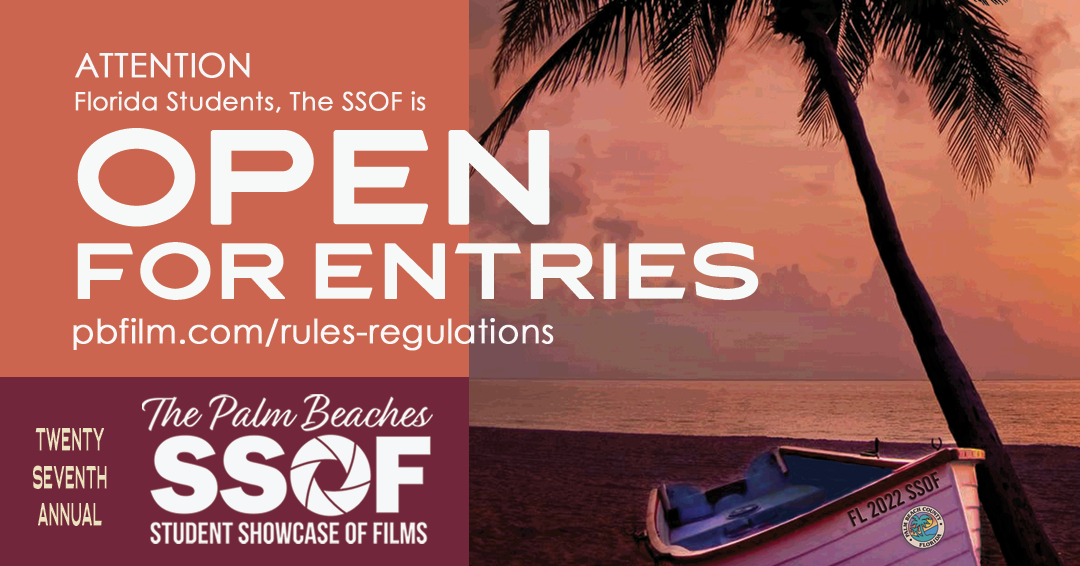 PALM BEACH COUNTY, FL (October 25, 2021) – Submissions are now being accepted for The 27th Annual Palm Beaches Student Showcase of Films (SSOF). The competition is free and open to aspiring filmmakers, writers, graphic designers, and digital media artists who are currently enrolled in any high school or college in the state of Florida. The SSOF remains an enduring educational and artistic opportunity for Florida students. While the last two years have been challenging, SSOF is looking ahead and ready for a better tomorrow!

As a tribute to the legacy of film legend, Burt Reynolds, the SSOF will present to a Palm Beach County high school senior, The Burt Reynolds Scholarship Award, a $5,000 cash prize. Mr. Reynolds was a longtime supporter and frequent presenter at the SSOF Red Carpet Award Show.

Interested faculty and students should visit pbfilm.com/ssof for more details and entry guidelines for each category.  The initial deadline for entry will be January 31, 2022. Further details to come.

“There are so many talented students in Florida eager to find an audience for their work,” says Palm Beach County Film and Television Commission Deputy Film Commissioner and SSOF executive producer, Michelle Hillery. “That’s where SSOF comes in, and whether it’s taped or live and in-person, we expect even bigger things for 2022.”