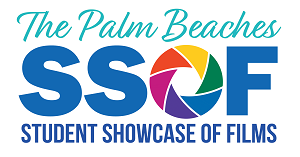 Submissions are now being accepted for SSOF. The competition is free and open to aspiring filmmakers, writers, graphic designers, and digital media artists who are currently enrolled in any high school or college in the state of Florida.

For nearly three decades, SSOF has awarded more than $1.6 million.  The program offers more than $20,000 in cash, scholarships and prizes up for grabs for entries in the following categories:

New for 2021, special recognition will be given for best directing, editing, production design, and special effects. In a continuing tribute to the legacy of film legend, Burt Reynolds, the SSOF will present to a Palm Beach County high school senior, The Burt Reynolds Scholarship Award, a $5,000 cash prize. Mr. Reynolds was a longtime supporter and frequent presenter at the SSOF Red Carpet Award Show.

Interested faculty and students should visit pbfilm.com/ssof for more details and entry guidelines for each category.  The deadline for entry is January 25, 2021.

“While no one could have predicted the extreme and sudden challenges we faced this year, we are determined to keep moving forward with celebrating these creative, hardworking students and future storytellers. We remain steadfast with our commitment to this program and look forward to even greater statewide student participation – whether students are on campus or learning from home,” says Palm Beach County Film and Television Commission Deputy Film Commissioner and SSOF executive producer, Michelle Hillery.

Decisions regarding this year’s winners announcement program will be made based on appropriate health and safety recommendations.

Last year’s winners were announced via a live Facebook watch party, which allowed for even greater friends, family and faculty viewing than the traditional in-person show. Winners were able to record unique acceptance speeches which were also shared via social media.