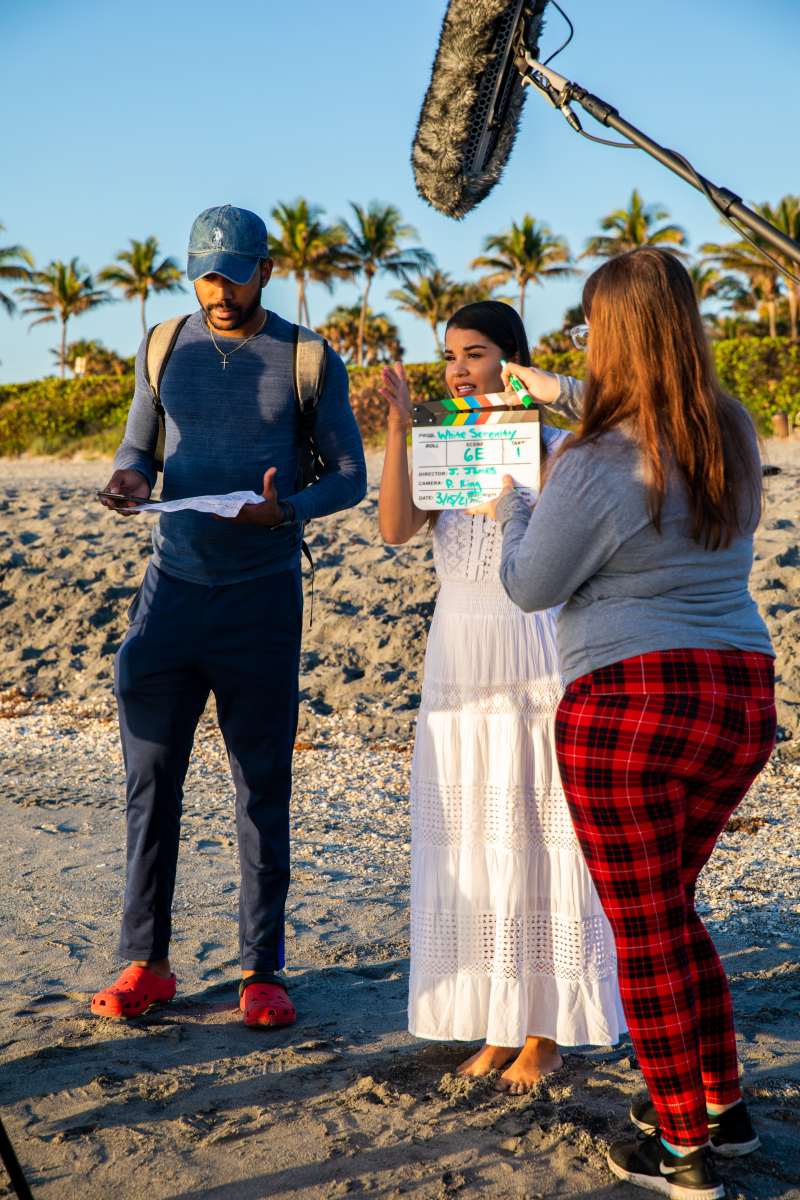 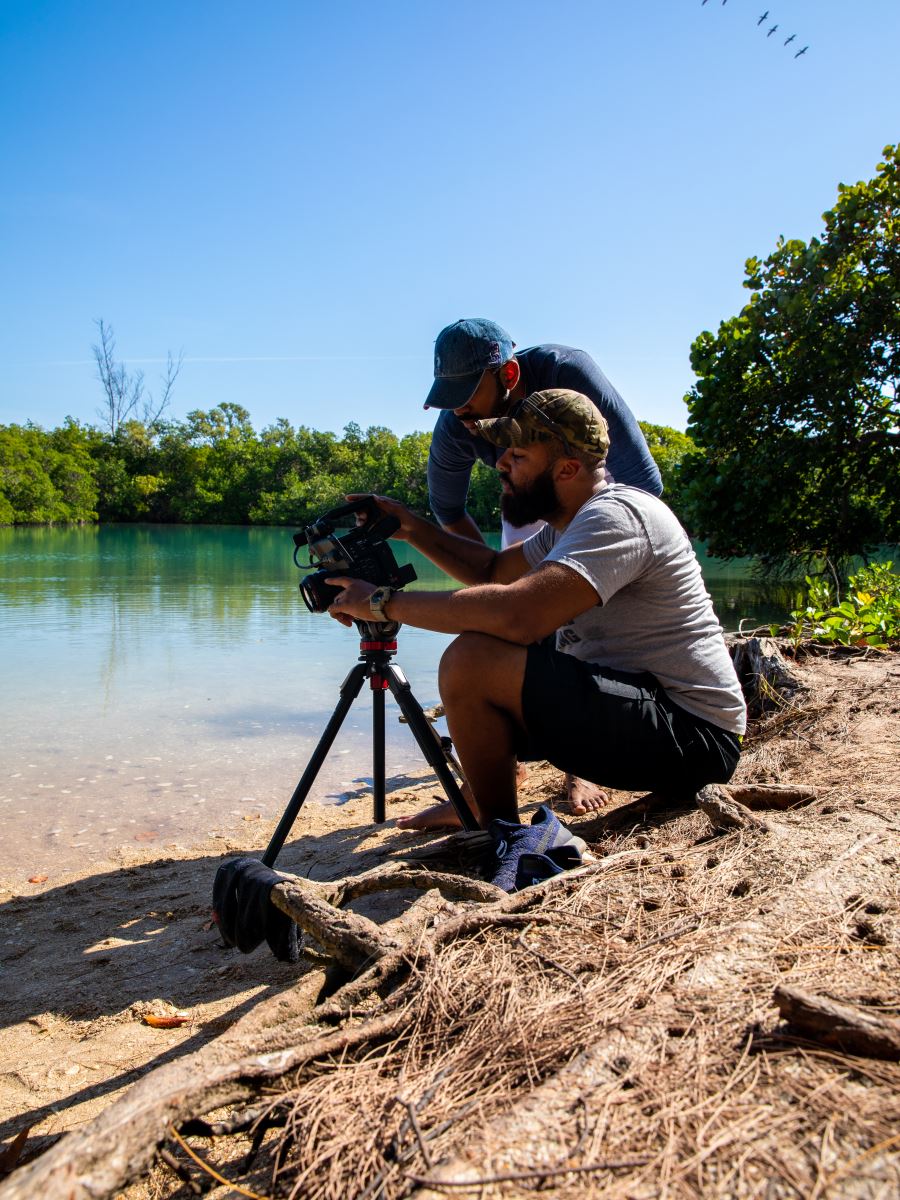 On location on White Serenity

Facing a deadline to complete a commissioned painting, a man is inspired by visions of his late wife to create a fresh new piece of artwork. Titled White Serenity, a new short film comes from Palm Beach Atlantic University student Jerahmeel James, who is about to complete his B.A. in Cinema Arts. Working with his talented classmates and peers, Jerahmeel filmed at various locations across The Palm Beaches including Jupiter Beach Park, Ocean Cay Park, Okeeheelee Park and various private residences. “Looking ahead, it is my intention to produce my first feature film in 2022, which is set, and will be shot in Palm Beach County. It is also my hope that this can be a catalyst for an uptick in overall film production in the county,” said Jerahmeel. See more about the Cinema Arts B.A. program at pba.edu.