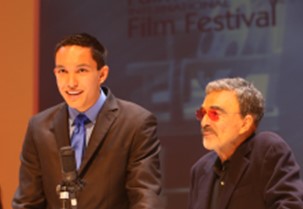 Raymond Knudsen, winner of The Palm Beaches Student Showcase of Films, Burt Reynolds Scholarship  award in 2014, is set to premiere his latest film, Weapons and Their Names, at the 2023 Sundance Film Festival later this month. The film was shot in Florida and is about a teenage girl who’s unable to process her grief following the death of her stepfather. The sorrow-stricken teen works it out by shooting guns in the woods. The world premiere of Weapons and Their Names, written by Melina Valdez and produced by Knudsen, takes place in Park City, Utah, on January 21. Tickets go on sale January 12.

Sundance will be a hybrid event this year, which means this film - along with all the others at Sundance - will be available to watch on demand through the festival’s platform. Get more details and tickets online