As a spokesperson for Lincoln Navigator, tennis legend and Jupiter resident Serena Williams has starred in a number of national commercials filmed in The Palm Beaches but none more fun that the recent spot titled Serena’s Snowy Surprise.

“It’s going to be really cool to have snow in Florida,” Serena says at the beginning of the commercial as she heads to join a group of children for a day of snowball fights and sledding. The children are joyous with surprise as she reveals the frosty setting – many of them seeing snow for the very first time. With production by Greenpoint Pictures out of Brooklyn, NY, scenes were filmed at the Boys & Girls Club of West Palm Beach, with driving footage captured in Wellington and Greenacres. Relive the magic of your first snowfall at youtube.com/watch?v=H216v2my9z4. 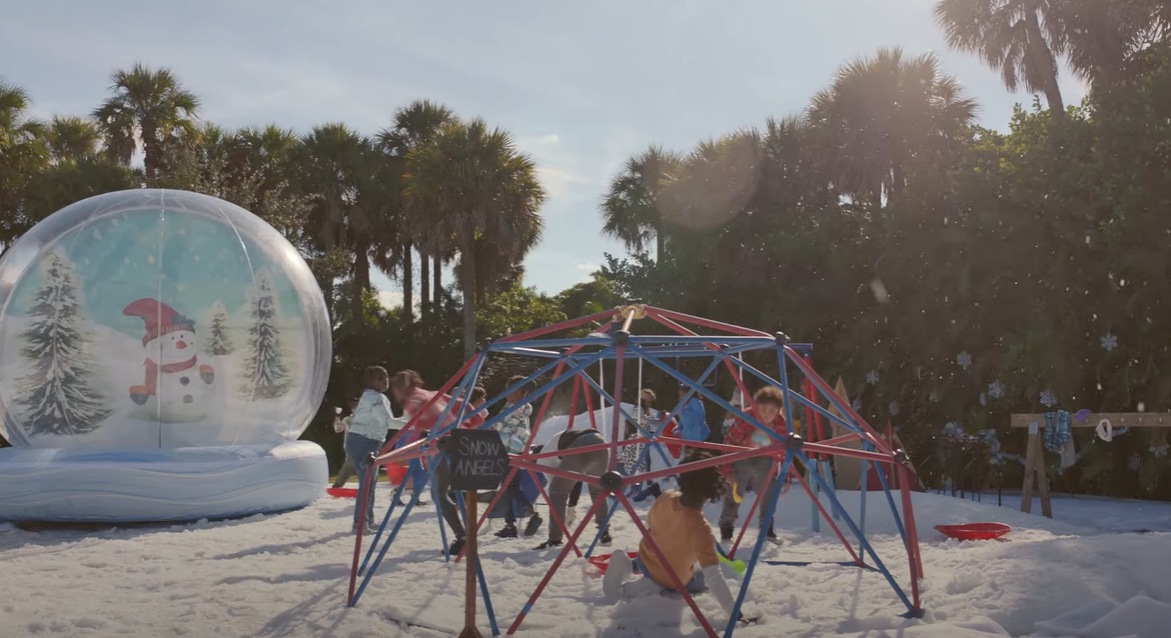