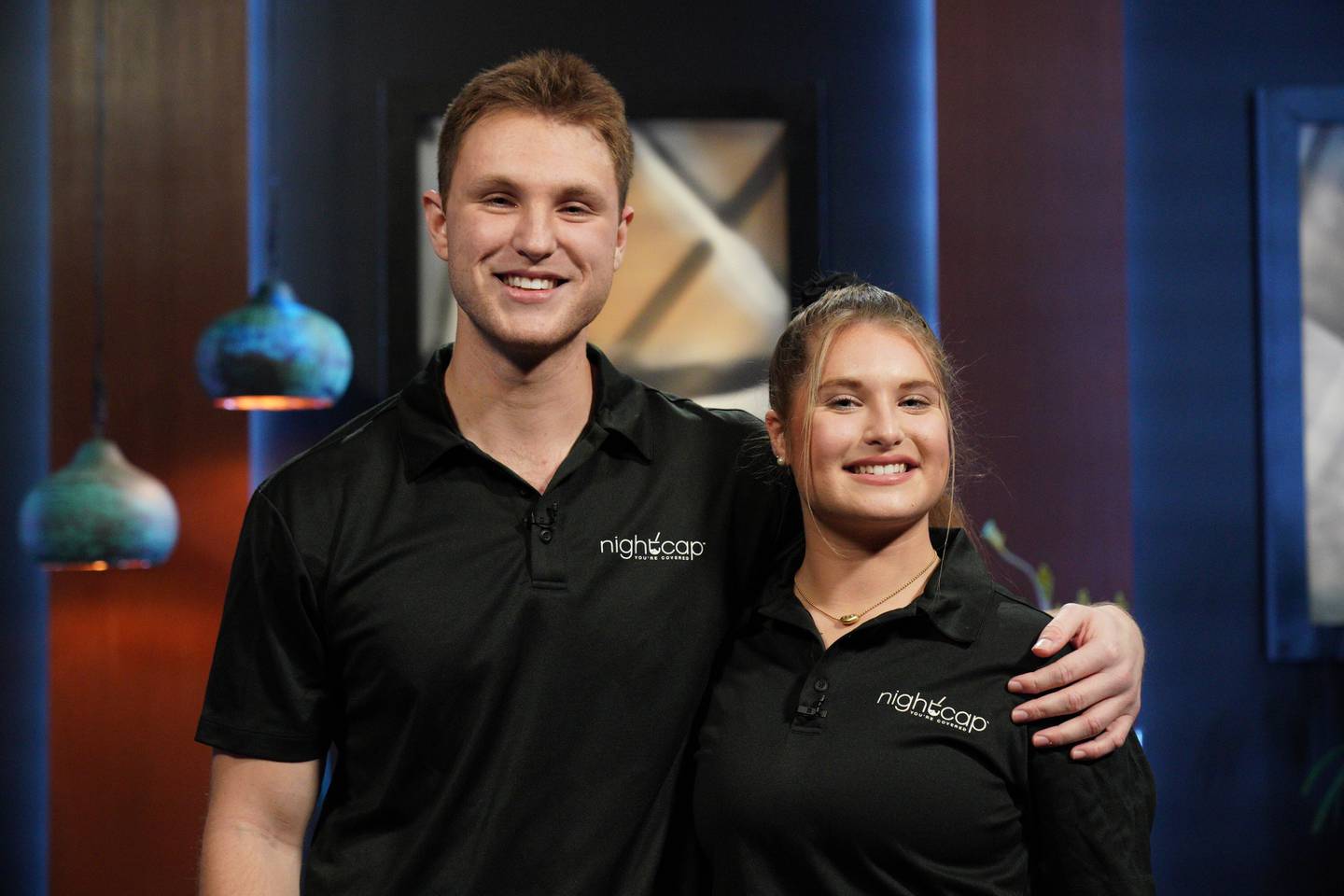 When West Palm Beach siblings Michael and Shirah Benarde made their first appearance on the hit ABC series, Shark Tank in February 2021, they scored one of the fastest deals in the show’s history with investor Lori Grenier. Grenier invested $60,000 for a 25% stake in their company, which produces NightCap, a drink-spike prevention device that can be worn as a hair scrunchie or wristband until needed to cover a beverage.

Shirah Benarde created the product while still in high school, after learning from friends about the prevalence of drink contaminations; her brother Michael developed the prototype. The duo returned to Shark Tank last month to give an update on their business. Through their partnership with Grenier, NightCap is sold at 75 universities in the U.S. and 20 in Great Britain. According to a recent feature in the Sun-Sentinel, the pair has earned $170,000 in sales in on month last quarter. Michael, 24 and Shirah, 19 both work full-time for their company. For more information, visit their website NightCapIt.com