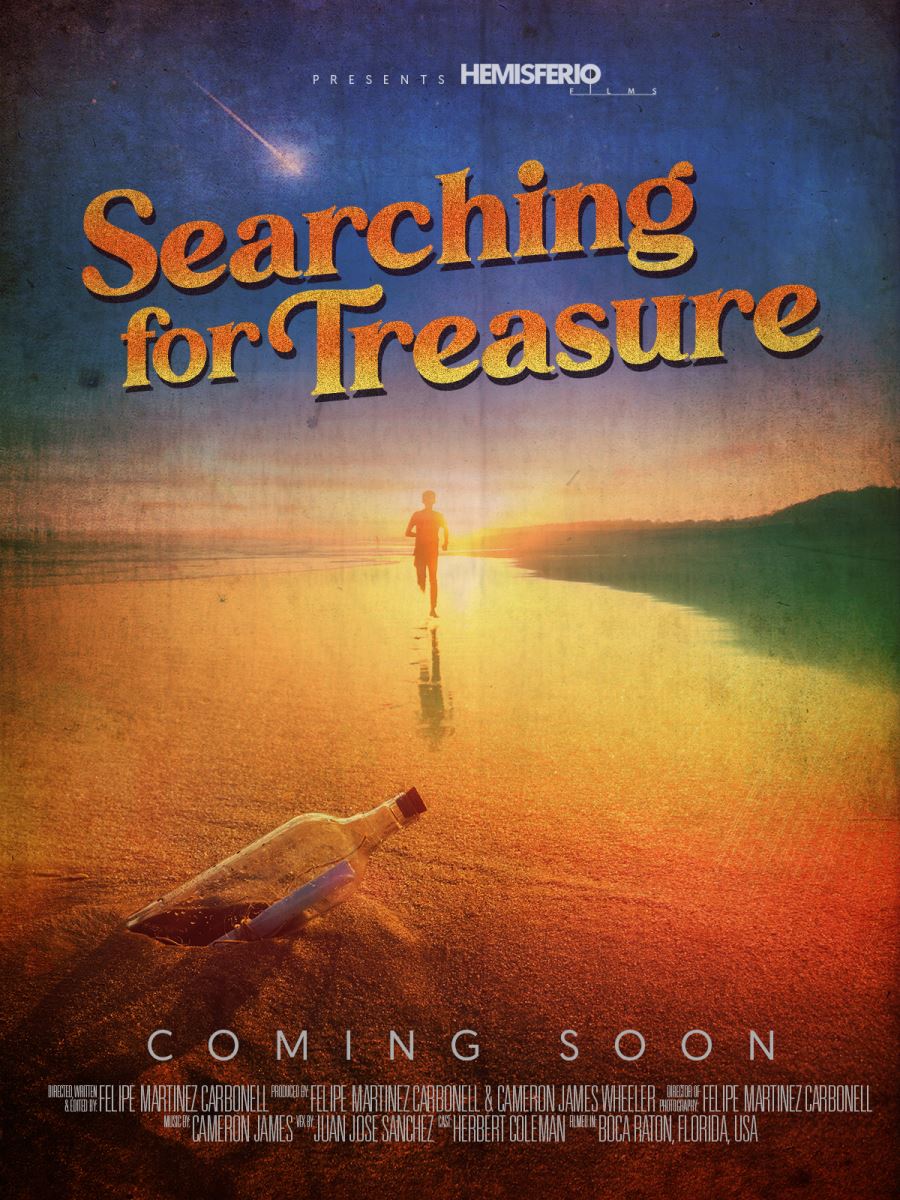 Waves lap along a beach as a man comes upon a mysterious message in a bottle in Searching For Treasure, a short film by up-and-coming filmmaker Felipe Martinez Carbonell. Filmed at Spanish River Park in Boca Raton, the story unfolds as the man follows a map to a treasure chest within the ocean. “For this film I was largely inspired by the BLM movement.

I want to show the audience that our surroundings can teach and show us a completely new world that we often ignore,” said Martinez Carbonell. With coast-to-coast home bases in both Los Angeles and Boca Raton, Martinez Carbonell’s company Hemisferio Films is a multicultural, full service creative agency and design studio. See more at felipemartinezcarbonell.com.