TLC’s 90 Day Fiancé: Before the 90 Days, one of the spin-off series of the popular 90 Day Fiancé reality franchise, follows couples who have an existing relationship online and travel to the other's foreign country for the first time in an attempt to establish an in-person relationship and start the K-1 visa process. Season 5 is currently airing, and in one of the recent episode, a couple has a one-of-a-kind date at the Loggerhead Marinelife Center in Juno Beach. They explore the marine life exhibits, learn about the sea turtle rehabilitation center, and enjoy a romantic champagne toast along the Juno Beach Pier! Before the 90 Days’ season 5 premiere attracted over 3 million viewers, breaking the 90 Day Fiancé franchise record. See more at go.tlc.com. 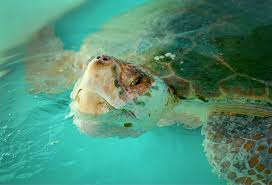