April 22, 2022 MOVIES OF DELRAY: The Movies of Delray celebrates World Earth Day on April 22nd to recognize the importance of global climate change affecting directly and indirectly the health and welfare of our planet.  This special film, Earth Emergency, is told by leading climate scientists; which examines four of the major warming feedback loops threatening our planet: Forests, Permafrost, Albedo and Atmosphere.  This revealing film examines how human activity is setting off dangerous warming loops that are pushing the climate to a point of no return - and what we need to do to stop them.

Join the conversation as Director Susan Gray hosts a Q&A, along with City of Boynton Beach Sustainability Manager Rebecca Harvey and Co-Founder of the Boca Raton Chapter of the Climate Reality Project Holly Lichtenfeld after the film to discuss and open a conversation about how we can help prevent climate change.

Let’s unite in the celebration of World Earth Day 2022 and together consider what we can do to protect the environment in which we live and work. 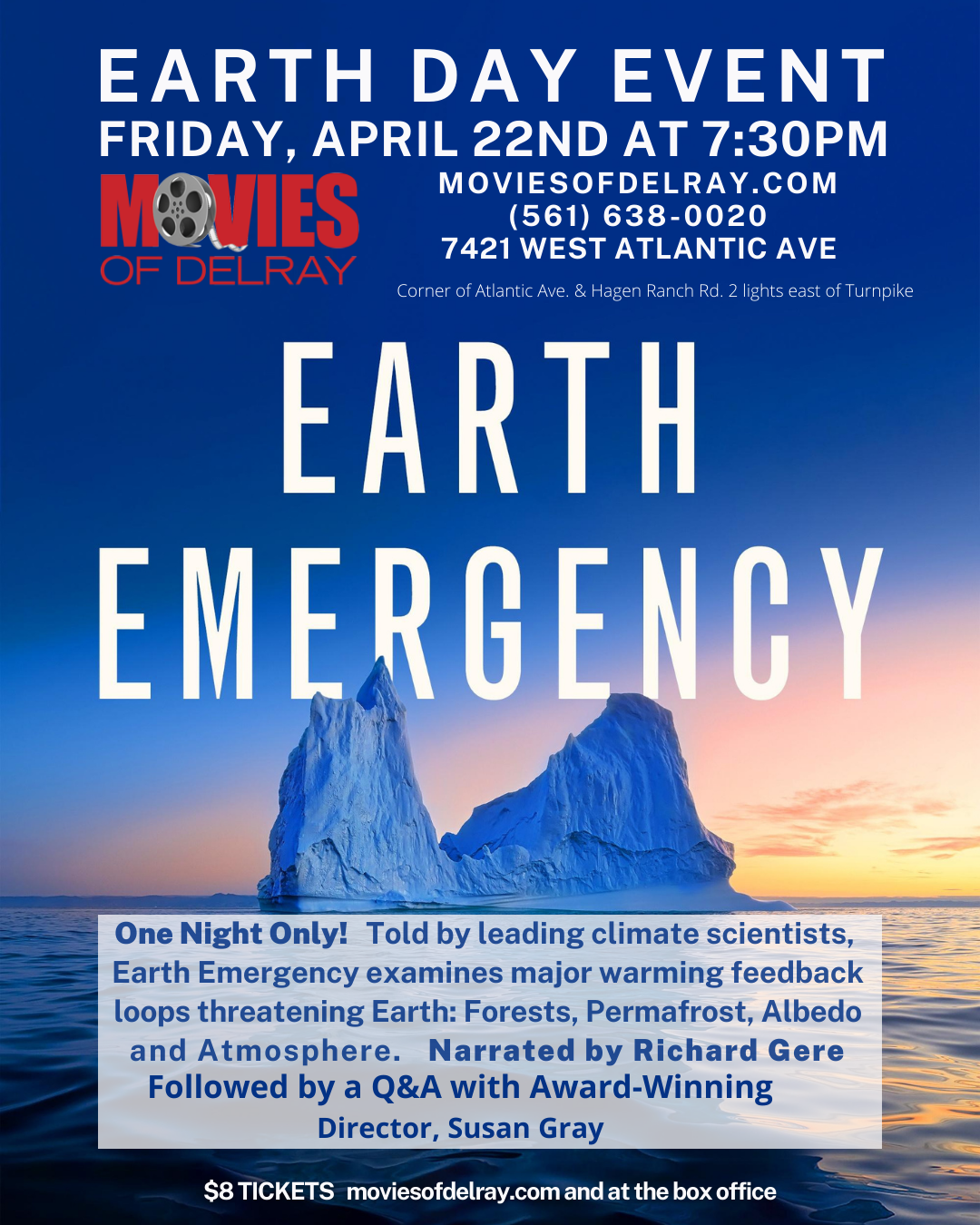