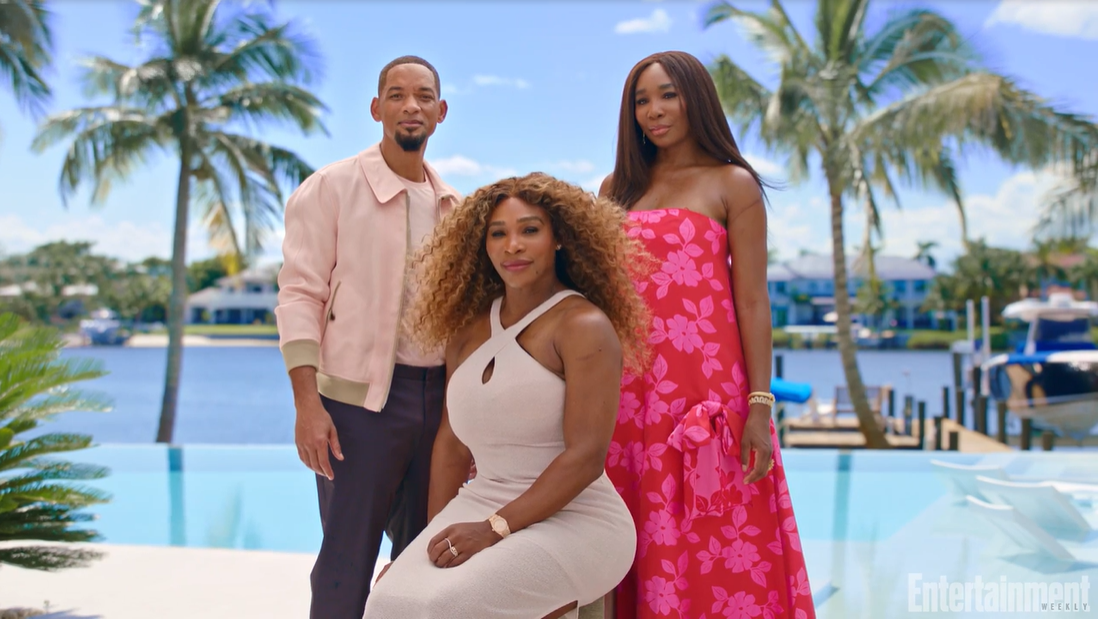 A star-studded promotional tour for King Richard, a recently released biographical drama following the life of Richard Williams, father and coach of legendary tennis stars Venus and Serena Williams, has made several stops in the Williams’ sisters hometown in The Palm Beaches as the film opens to critical acclaim. Will Smith’s performance as Richard Williams has garnered positive reviews (and a whole lot of Oscar buzz), helped by the support of Venus and Serena (serving as Producers on the film) whose early lives and tennis careers are portrayed by young actresses Aunjanue Ellis and Saniyya Sidney. 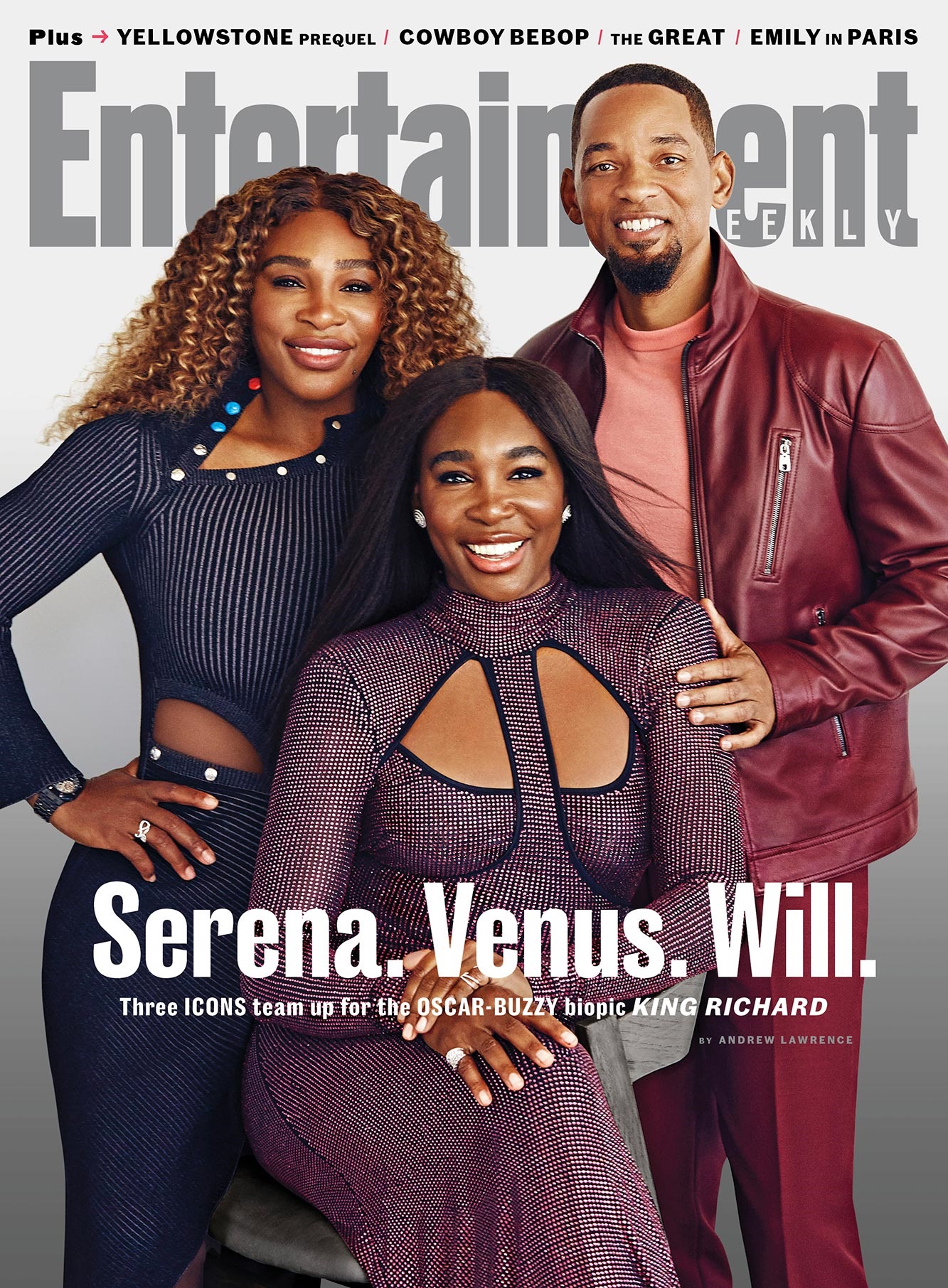 The sisters were joined by Smith in their first joint cover in years for Entertainment Weekly, conducted at a waterfront mansion in Jupiter. The article describes the set as a “fun family affair”, with Serena’s 4-year old daughter Olympia and mother Oracene Price (also prominently featured in the film) in tow. Smith is described as “stirring the pot all the while” with impressions of the Williams family at the ready (Source: Entertainment Weekly cover story King’s Court). 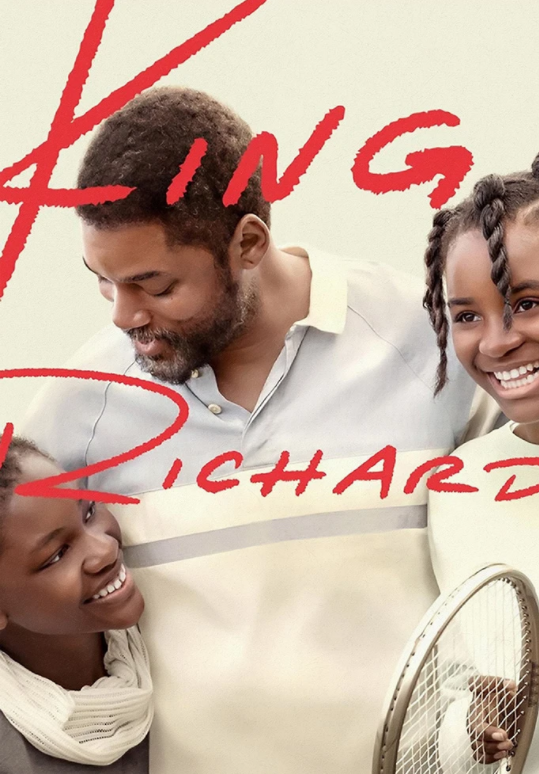 Another local legend who plays a major role in the film is hall-of-fame coach Rick Macci, played by actor Jon Bernthal, who started his famed tennis academy in central Florida before relocating to Delray Beach in the early ‘90s. Now, Macci can be found putting in 50 hours per week of private lessons at the Macci Tennis Academy in Boca Raton at Burt Aaronson South County Regional Park. See more about the film at imdb.com/title/tt9620288.