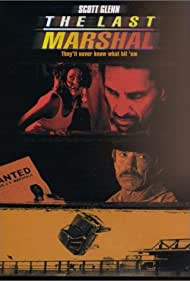 Boca Raton resident and former stunt man Mike Kirton brought The Last Marshal to Palm Beach County in 1999. The story follows a foul-mouthed Texas lawman hellbent on bringing justice to a gang of Narcos who escape his jail and head out to Miami. A variety of location “cheats” were shot all throughout The Palm Beaches, such as Texas terrain filmed in Wellington, a Texas mission where henchmen hold hostages was actually the First United Methodist Church near the Kravis Center, and scenes featuring Miami Police headquarters were shot at the offices of real estate developers Renaissance Partners in West Palm Beach. Production even drove a car on the Lake Worth Pier for one of the film’s pivotal action sequences. Learn more about The Last Marshal at imdb.com/title/tt0168035.