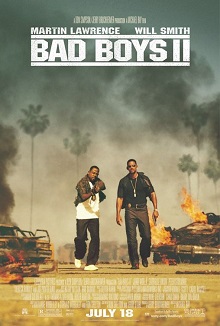 Bad boys, bad boys, whatcha gonna do? Whatcha gonna do when [you need to blow up an oceanfront estate]? You come to The Palm Beaches! That’s exactly what director Michael Bay did for the 2003 action film Bad Boys II starring Will Smith and Martin Lawrence. The Hollywood-style action scene was shot in Delray Beach at the 38,000 square foot Mediterranean mansion once owned by Coca-Cola estate heir Michael Bird.

The explosion and the movie were both a huge success but before the scene was shot, approvals were required across a number of government agencies to ensure safety, all facilitated by the PBC Film & Television Commission’s one-stop permitting process. See more at wikipedia.org/wiki/Bad_Boys_II.