FLORIDA’S FAVORITE COWBOY HONORED FOR HIS WORK IN CLASSIC WESTERNS

Jupiter, Fl: The wheel has come full circle. From 1955-1975, the much-loved western series Gunsmoke aired on television and for 20 years remained one of the most watched shows written specifically for an adult audience. Burt Reynolds starred in the series from 1962-1965. His first appearance was on September 29, 1962 in an episode entitled "Quint Asper Comes Home." On September 25, 2015 Quint Asper returned home again; this time his destination was Wild West Fest in Dodge City, Kansas where the Gunsmoke 60th anniversary reunion was being held.

Recognized for his large body of work in western themed movies and television series, including the cult classics Navajo Joe, The Man Who Loved Cat Dancing and Johnson County War, Florida’s favorite cowboy was inducted into the Wild West Walk of Fame and given the honorary title of Official Dodge City Marshall before devoted fans from across the country who arrived wearing their favorite boots and ten gallon hats. At Reynolds’ side were fellow cast members Buck Taylor, who played Deputy Newly O’Brien from 1967-1975; Jess Walton, who portrayed Patricia on the series in 1973; Lane Bradbury, who was Merry Florene from 1965-1969; and Bruce Boxleitner, who played Toby Hogue during the 1975 season. Also on hand was Jim Byrnes, one of the main writers from 1969 to 1975.

Included in the many festivities at Wild West Fest was Gunsmoke Under the Stars, a showing of several episodes from the series including "Quint Asper Comes Home." Movie night was held at the South Drive-In Theater and included video messages from some of the stars. Among the most heartfelt words spoken were these by Burt Reynolds during the Walk of Fame induction, "Of all the series I’ve done, Gunsmoke is the only one that is still on the air. I’m very proud of it. It was my launching paid to feature films." 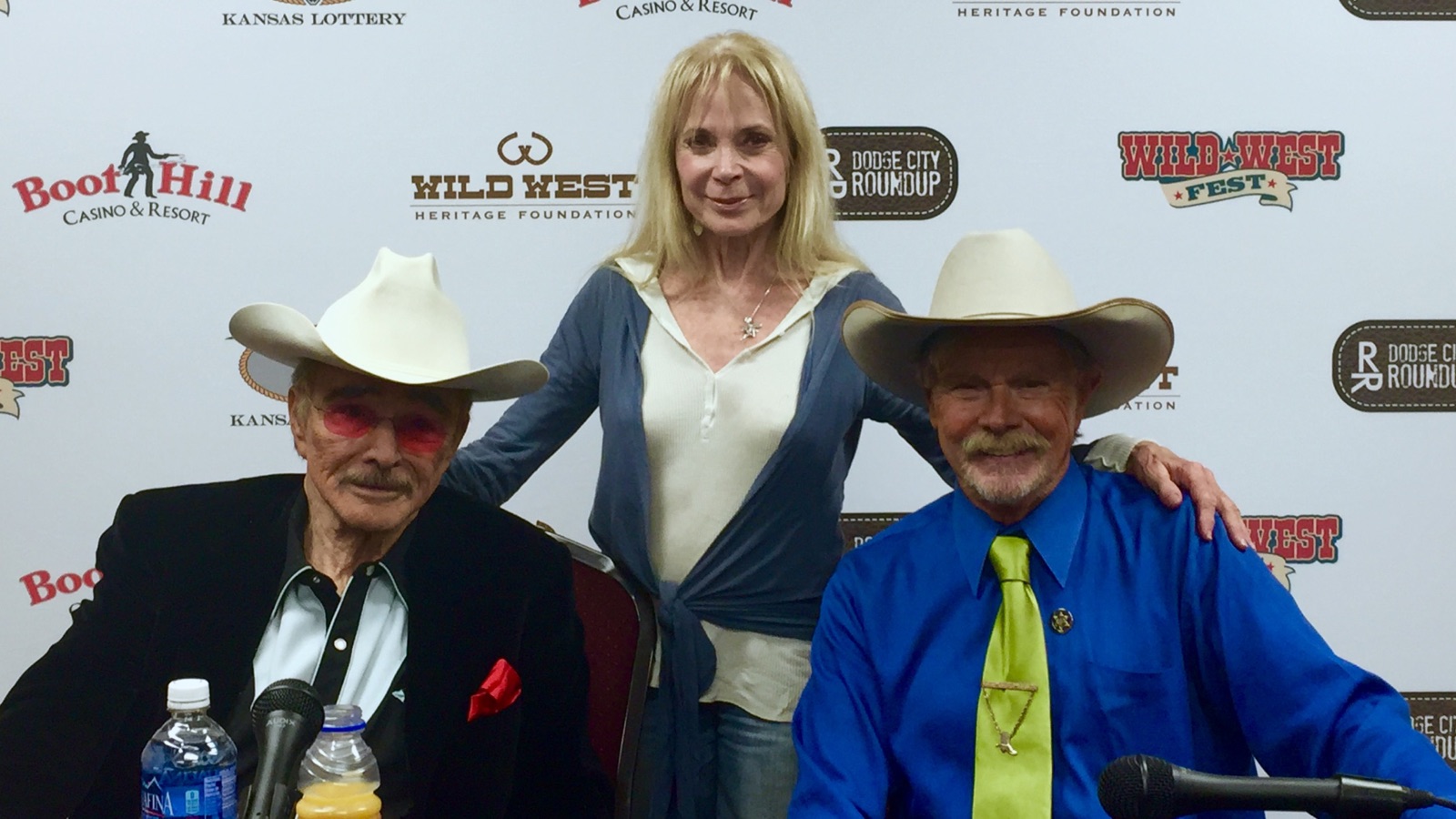