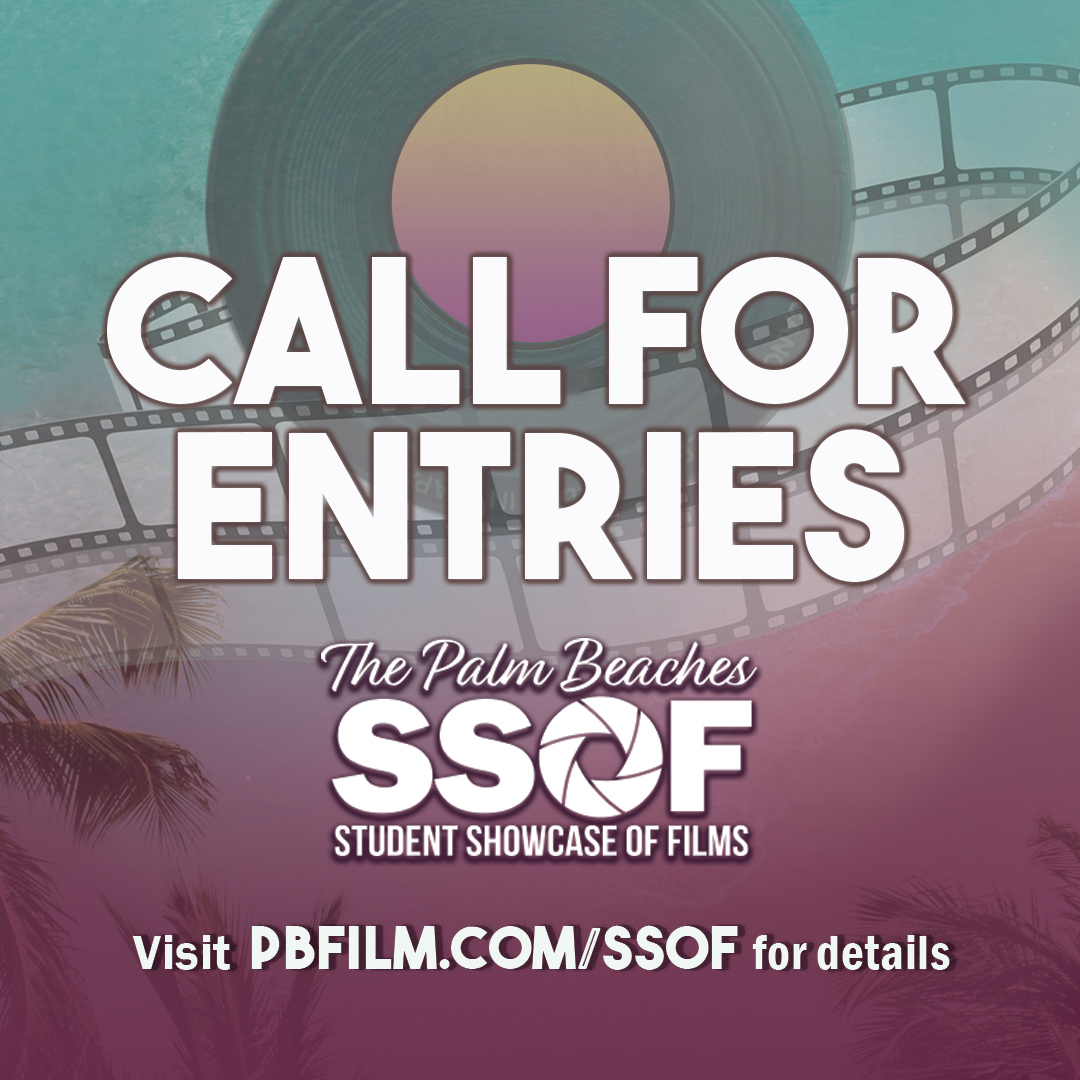 PALM BEACH COUNTY, FL (October 17, 2022) – Submissions are now being accepted for The 28th Annual Palm Beaches Student Showcase of Films (SSOF). The competition is free and open to aspiring filmmakers, writers, graphic designers, and digital media artists who are currently enrolled in any high school or college in the state of Florida. The SSOF remains an enduring educational and artistic opportunity for Florida students.